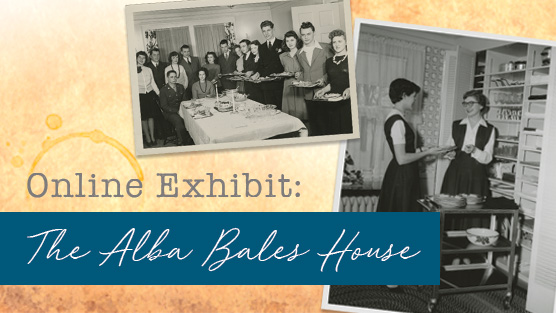 This online exhibit is a companion to the display currently in the NDSU Main Library. It provides some background information about how the Alba Bales House came to be. 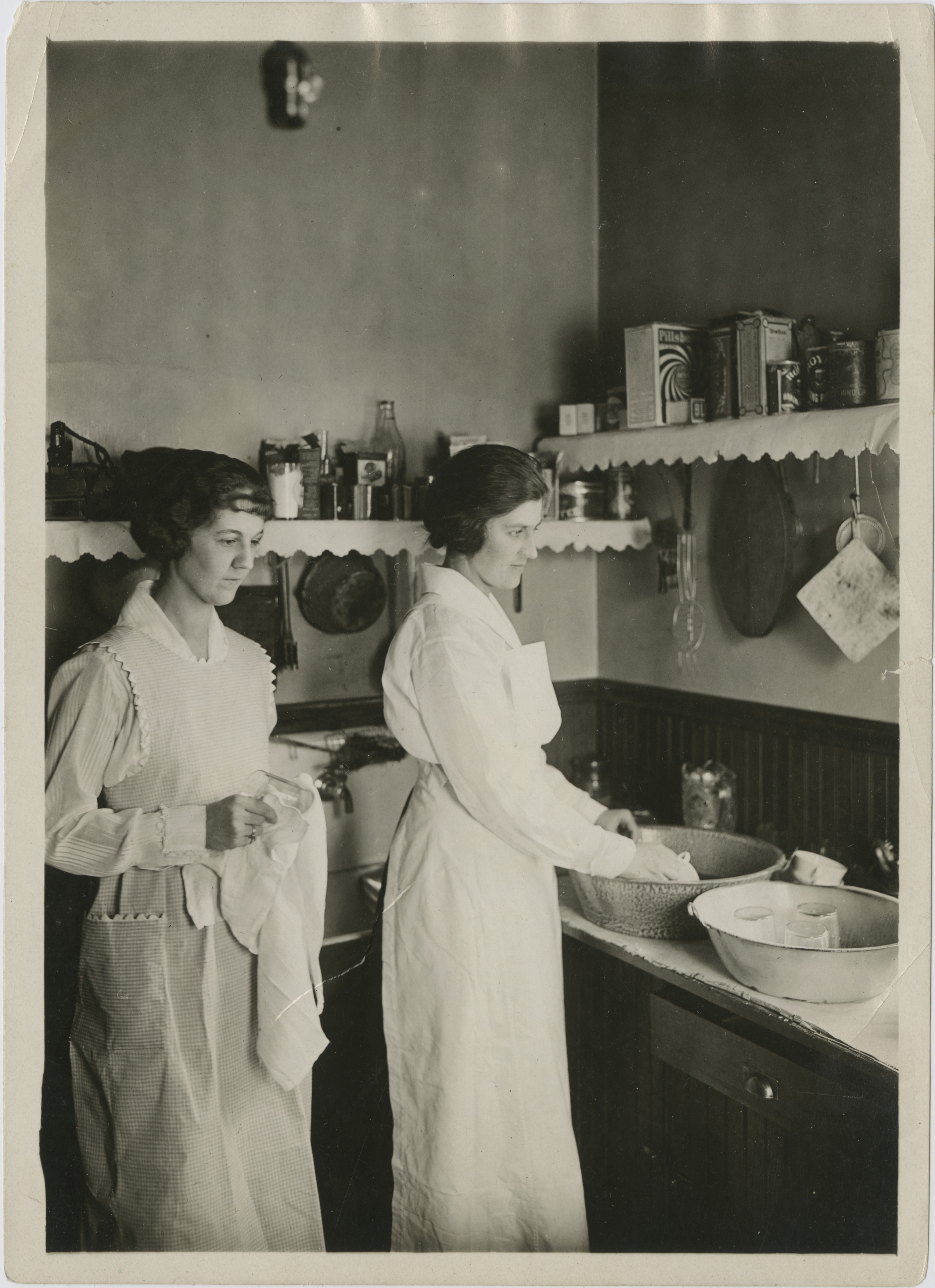 The foundations for the establishment of the Alba Bales House can be found in the beginnings of the North Dakota Agricultural College (NDAC). Under the Laws of North Dakota, 1890, home economy is listed as one of the courses at the new College and the first “domestic economy” course was taught in 1892. The catalog description emphasizes the practical, hands-on nature of vocational education: “The instruction is imparted by means of demonstration lecture, after which pupils are expected to perform work described for themselves in the practice kitchen.”

In 1917 two developments impacted the growth and direction of the home economics department. First, the department became the School of Home Economics and second, the Vocational Education Act of 1917, popularly referred to as the Smith-Hughes Act, was implemented. The Smith-Hughes Act provided federal grants, in conjunction with matching state grants, for the salaries of vocational education teachers, and the training of teachers of agriculture, trade and industrial subjects and home economics. 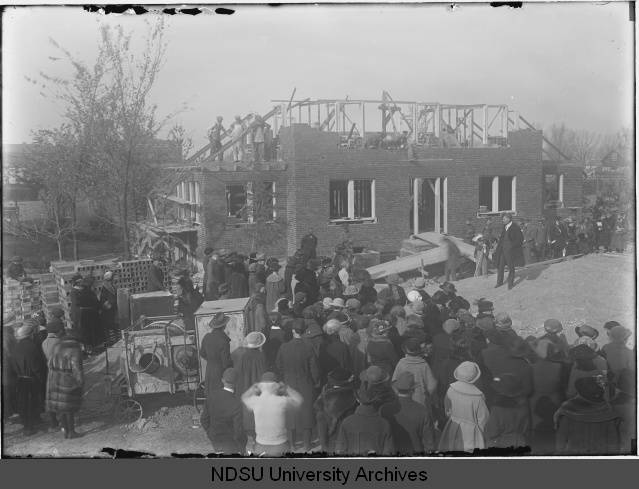 In order for NDAC’s home economics program to qualify for federal funds, it needed to be in compliance with the Smith-Hughes Act by providing a practice house for students to acquire the level of hands-on experience needed to become home economics teachers. In the Fourteenth Biennial Report (1918), President Edwin F. Ladd recommended the construction of a practice house. It took until 1922 for the state legislature to allocate the needed funds. 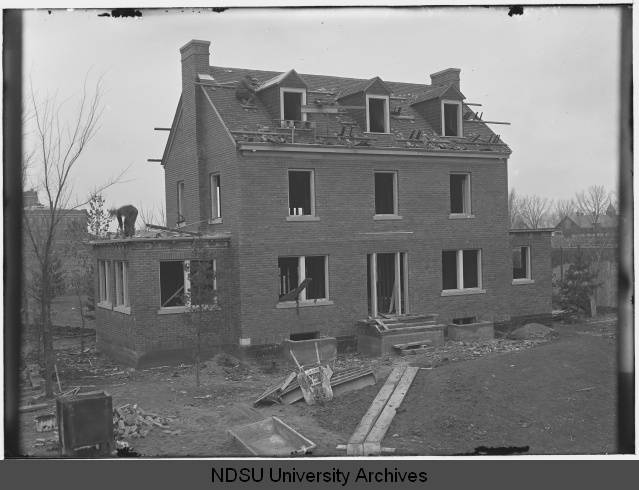 In the interim, Alba Bales, who had taken over the home economics department in 1920, moved ahead to comply with Smith-Hughes and secured a temporary practice house. In the Sixteenth Biennial Report (October, 1922), a budget of $8,000 for building the house, and $4,000 for equipping it is listed. At that time, Alba Bales reported that she felt the new Home Economics Practice House would be completed by January 1923. 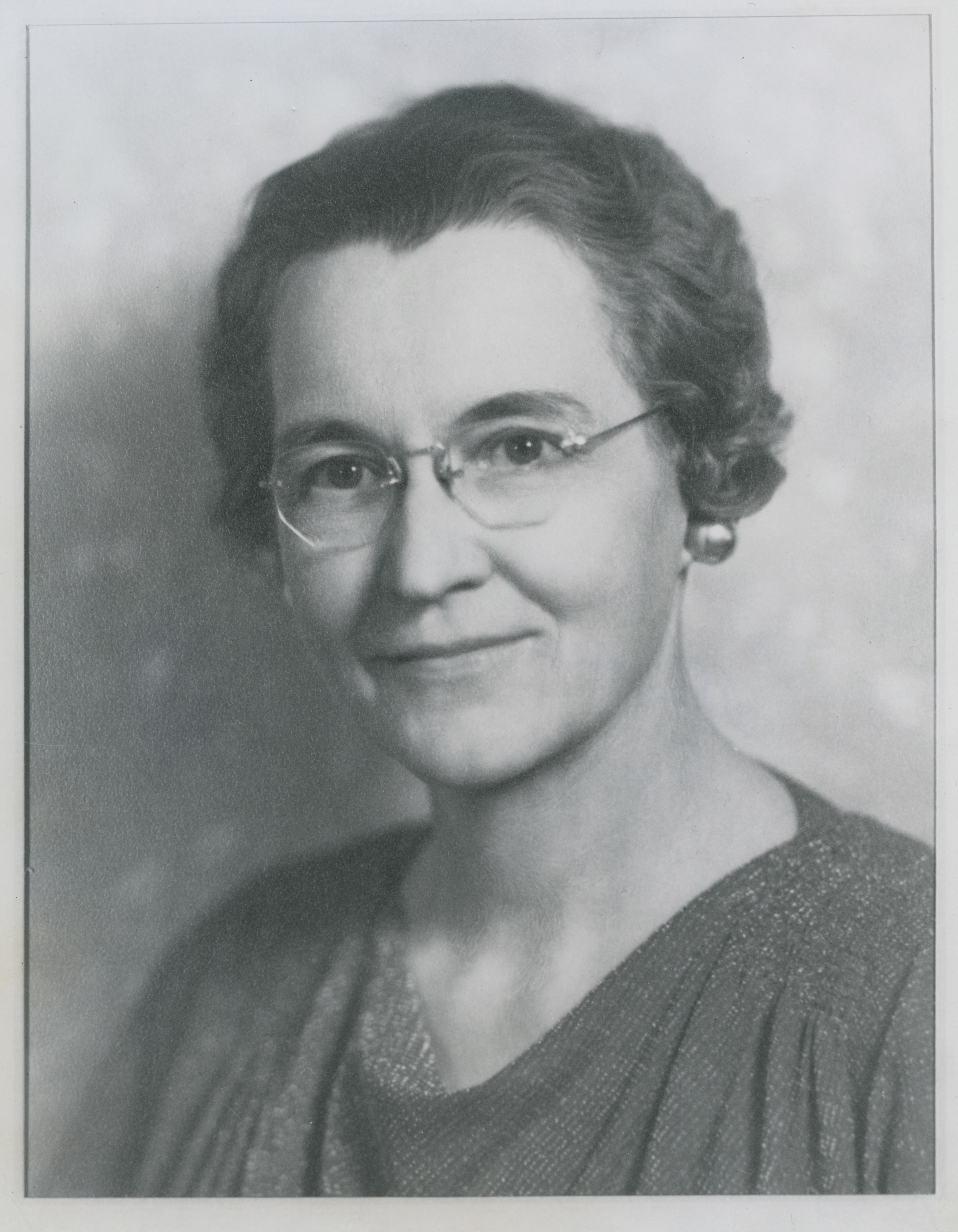 Alba Bales was the first female academic Dean at North Dakota Agricultural College. She was born in Lewis, Iowa in 1879, attended Oberlin College, and received her bachelors and master’s degrees from Columbia University. Prior to coming to NDAC in 1920, she taught in normal schools in Idaho and Kansas and at Montana State College. From 1920 to 1926, she served as Head of the School of Home Economics and in 1926 she became Dean. 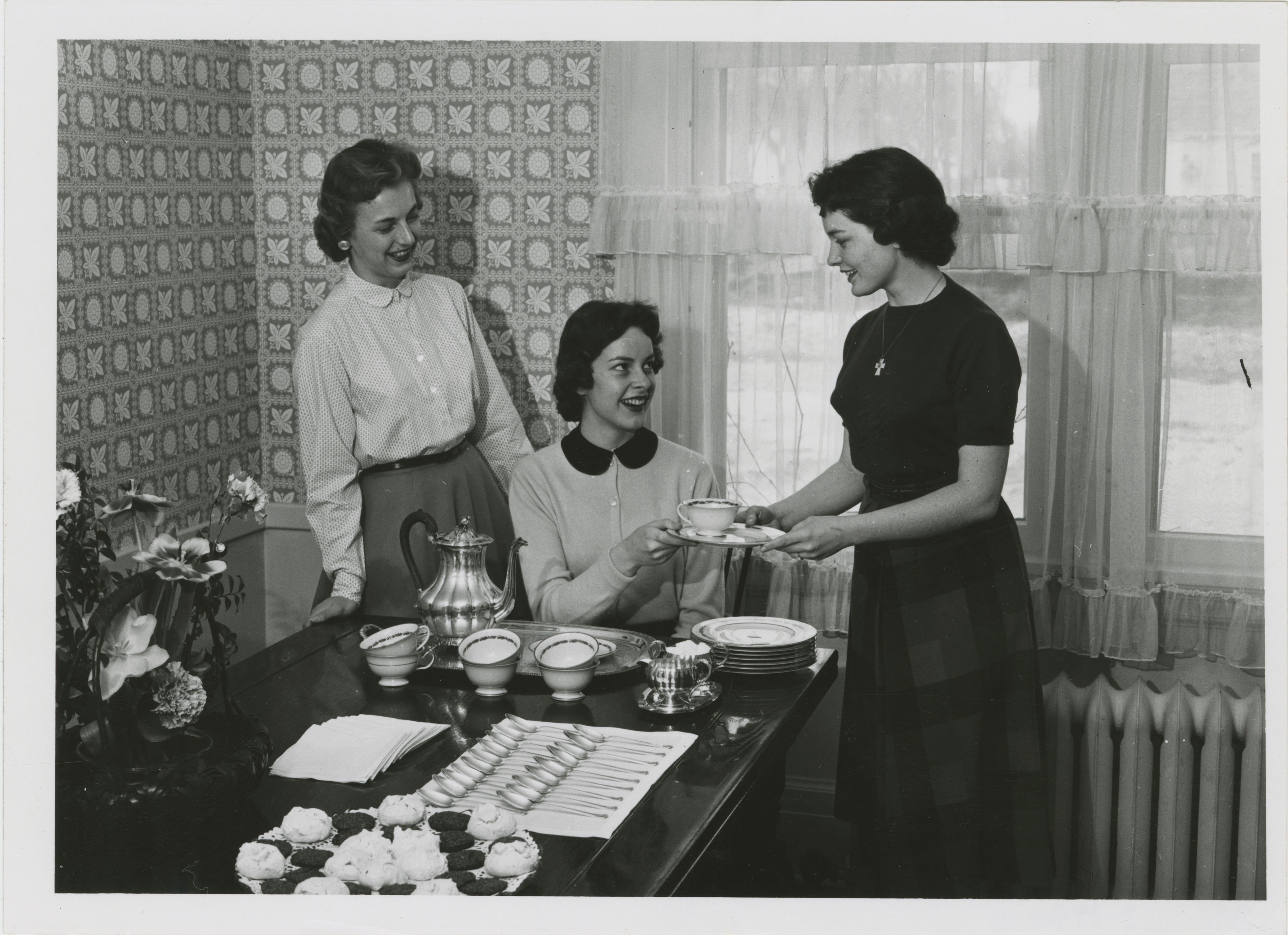 The first residents entered the practice house in the fall term of 1923 and the facility continued to serve as a practical residential training laboratory until the fall semester of 1981. During the course of those years, what was originally known as the Practice House was re-named the Home Management House in 1936 to better reflect changes to the curriculum, and in 1954, was re-named in honor of Alba Bales' many achievements.

Alba Bales retired from NDAC in 1942 and moved to Florida. She died in 1967 at the age of 88. The Alba Bales House was “retired” from its position in the home economics program in 1981.